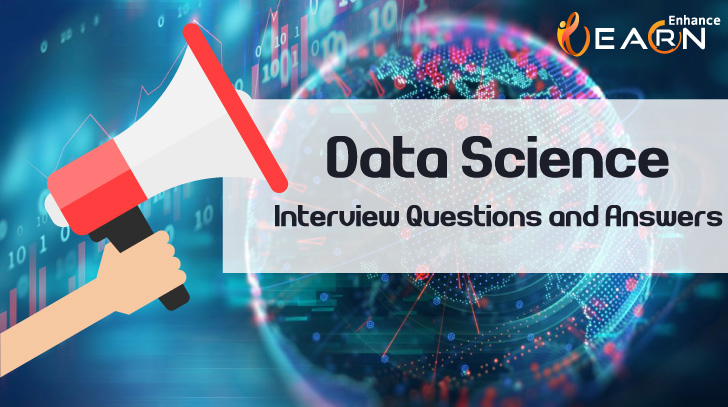 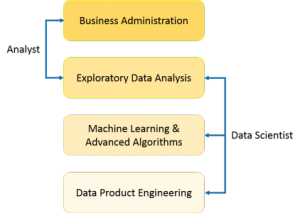 Answer: Data cleaning plays an important role in analysis in the following ways:

Answer: A/B testing is basically a statistical hypothesis for a randomized experiment with two variables A and B.

The main aim of A/B Testing is to identify any kind of changes on the web page in order to increase the productivity of the theatre.

Answer: Few of the kernels in SVM are:

Answer: Decision tree can be defined as the supervised machine learning language which is used for the purpose of Classification and Regression. It would break down a data set in further smaller subsets and simultaneously an allied decision tree is incrementally established.

It finally produces a tree which has leaf nodes and decision nodes.

Answer: The process of removing the sub-nodes of a decision node is call pruning. It is also known as opposite process of splitting.

Answer: Recommender systems are basically known as a subclass of data filtering systems that are meant to predict the preferences and or ratings that a user would give to a product.

Answer: The Naïve Bayes algorithm is largely based on the Bayes Theorem which describes the probability of the occurrence of an event. This event is based on the prior knowledge of conditions that might be related to the event.

One of the fields of computer science that allows computers to understand and learn without being explicitly programmed.

Machine learning (ML) can be categorized as follows:

Deep Learning: It can be called as a sub-field of machine learning largely concerned with algorithms taking inspiration form structure and function of the brain which is called as artificial neural networks.

False positives: An event wrongly classified as a non-event is known as false positive. (This is also known as Type 1 error)

False Negatives: An event wrongly classified as an event as a non-event is known as false negative. (This is also known as Type 2 error)

Answer: A specific set of algorithms that have revolutionized machine learning is said to be artificial neural networks. Taking inspiration from biological neural networks, neural networks can adapt to changing the input so that the network generates the best possible results without having the need to redesign the output criteria.

Answer: The process of adding tunning stricture to a model to encourage smoothness so that over fitting could be prevented.

Most of the times, this is performed by adding a constant multiple to a weight vector which already exists.

Answer: Data is usually distributed in different kind of ways with a bias to the left or there could be a case where all of it could be jumbled up. This is known as Normal Distribution. There are chances that data is distributed around a central value without biasing to the left or to the right. It eventually reaches normal distribution in the form of a bell-shaped curve.

Answer: A model technique for evaluating how the outcomes of statistical analysis will generalize to an independent data set.

The aim of cross-validation is to term a data set to test the model in the training phase. Doing this will limit problems like over-fitting and you will get an insight on how the model will simplify to an independent data set.

Answer: We can identify outlier values by using any graphical analysis method. If the outlier values are less in number, they can be assessed individually. But in the case of a large number of outliers, the values can be substituted with either the 1st or 99th values.

Answer: The term gradient means ‘Gradient’ basically measures how much the output of any function changes when you change input even a little bit. We can also call a gradient as the slope of a function.

Answer: The different variants of Black Propagation are:

Answer: The easy learning networks which aspire to transform all the inputs into outputs with the least possible error is known as Auto encoder. This basically indicates that the input and output should be close to each other.

We can add a couple of layers between the input and the output wherein the sizes of these layers are smaller as compared to the input layer.

Answer: Boltzmann machines basically have a simple learning algorithm which lets them discover stimulating features which highlight complicated regularities in the training information.

Answer: When you clean data, it makes it into a format which lets scientists work on it. It is crucial to clean data sets because if they are not cleaned, it may lead to biased information which can alter the business decisions. More than eighty percent of their time is spent by data scientists to clean all the data.

Answer: Various assumptions are made by data scientist in case of linear regress and they are:

Answer: One should choose Python as the programming language since it offers solid data analysis tools and simple data structures.

Answer: The process of learning what to do and mapping situations to actions is known as Reinforcement Learning. The learner should focus on discovering those kinds of actions which will yield the maximum reward. Inspired by the learning of human beings, Reinforcement learning is based on reward mechanism.

Answer: A subclass of information filtering systems that are meant to make predictions for preferences or ratings that a product’s user makes. These systems are widely used in research articles, products, music, etc.

Answer: We call the Algorithm as ‘Naïve’ because it makes guesses which may or may not turn out to be correct.

Answer: “Bias is error introduced in the model due to over-simplification of the machine learning algorithm.”

While “Variance is an error introduced in your model due to complex machine learning algorithm, your model learns noise also from the training dataset and performs badly on test dataset.”

Answer: The confusion matrix can be defined as a 2X2 table which contains 4 outputs provided by the binary classifier.

There are various measures such as error rate, accuracy, sensitivity, precision and recall which is derived from it.

Answer: When the effect of one factor on the dependable variable differs among levels of another factor, it is known as interaction.

Answer: The supported data types in Python are:

Answer: The different types of sorting algorithms that are available in R language are:

Answer: The answer is yes. With the help of the ‘Duplicate clause’, one can eliminate duplicate rows.