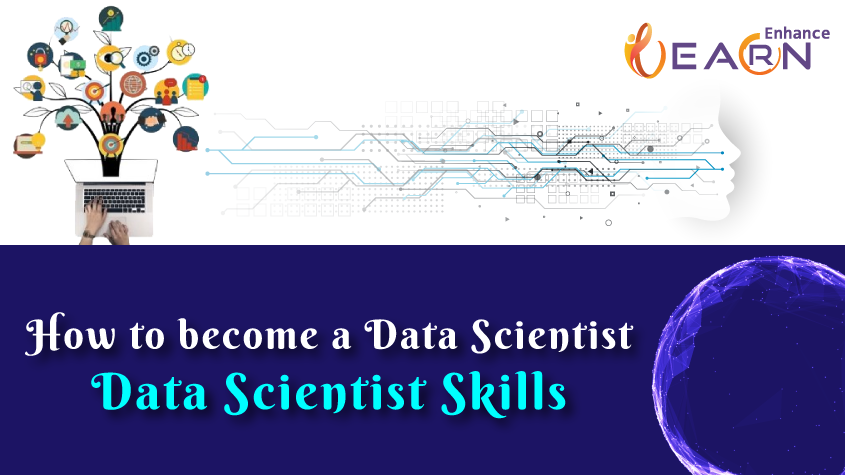 Becoming a data scientist is almost a new career curve that merges Statistics, Programming knowledge, and Business logic. Given the amount of data being churned out daily via our smart-phones, Computers, and a vast lot of IoT devices throughout the world, Governments and Private enterprises are interested in extracting insight from their extensive data collection processes. Data scientists can perform data analysis, they do it within the territory of building and deploying predictive models which often incorporate machine learning and deep learning protocols.

Data scientists also need to have a higher level of understanding, of which models are the best fit for the data being analyzed. As all models are approximations of current future environments, they require proper tuning which relies on the data scientist’s mathematical expertise. To be a professional data scientist, one needs to have some knowledge of how databases are constructed, and how to pull data from an organization’s preferred database.

Due to extensive knowledge requirements as well as academics and professional training companies, organizations and also government agencies are finding reliable data scientists. Fueled by large data and artificial intelligence, the demand for data science individuals is growing aggressively, according to job sites. However, the supply of skilled applicants is growing at a slow pace.

Steps on how to become a Data Scientist

Future data scientists can begin their preparations before they apply in a university campus or launch themselves into an online degree program. Becoming experienced with the most widely used programming languages in data science such as Java, C++, and Python. Refreshing their knowledge applied maths and statistics will help aspiring data scientists to get a head start. Entering college with an already established skill-set improves students learning rate.

The most desired majors for data science after an undergraduate is Information technologies, mathematics, computer science, and statistics. Doing your undergraduate in the earlier mentioned fields are also recommended. Continue to learn programming languages as well as the architectural database. Now is the time to start building professional networks, by looking for connections within the college campus and communities, look for internship opportunities and also ask your faculties for help and guidance.

Get an entry-level job:

Obtain a Master’s Degree or a P.H.D:

This is one of those fields where career opportunities exponentially increase for those with advanced degrees. Currently, in-demand graduate degrees for data science include the same specifications for an undergraduate degree. Many companies also accept STEM degrees such as Engineering, physics, and biotechnology.

Keep on climbing the ladder:

Additional education and also work experience are key factors that lead to being promoted or becoming a data scientist in high demand. Acquiring strong technical skills with project management and leadership experience will generally chart a course towards more significant opportunities and higher compensation.

Data scientists can be considered well paid, but they earn those paychecks. Success can only be achieved as a data scientist if you are good with your hard and soft skills. You may be required to execute a complex database query, but also interact with the data users and producers throughout the organization.

1. Data-driven problem-solving:- A data scientist should know perfectly well how to approach a problem. After analyzing every possible outcome and possibility the decision should be in favor of the organization and also the people of that organization.

2. Programming/software:- Data scientists use a variety of programming languages and software packages to flexibility and efficiently extract, clean, analyze, and visualize data.

3. Visualization:- Mastery over visualization tools and also principles of visualizing data should be an important part of the job. Pictures sometimes communicate more than numbers or words so it is necessary for one to present data in a visually compelling way.

4. Mathematics/Statistics:- A solid understanding of multivariable calculus and linear algebra which are the fundamentals of almost all the statistical and Data analysis techniques can be useful in case of any errors occurring throughout the routine.

5. Communication:- Data scientists need to communicate fluently and be able to convey any technical findings even to the non-technical colleagues of the organization. Make your data-driven story crystal clear to all the colleagues.

All of the skills mentioned above sets can be counted under the category of data science skills.

Get trained and certified as the data science professional with EnhanceLearn. We help you master the Data Science Training under expert trainers.

More and more companies are coming forward to hire data scientists to help them process and understand data. There is a huge shortage of qualified candidates for this growing industry. As the world is moving towards a futuristic tomorrow, Data science job outlook continues to be on the upward trajectory as the influx of isn’t likely to cease anytime soon and enterprises will need someone with the skills of data management to help increase its value.