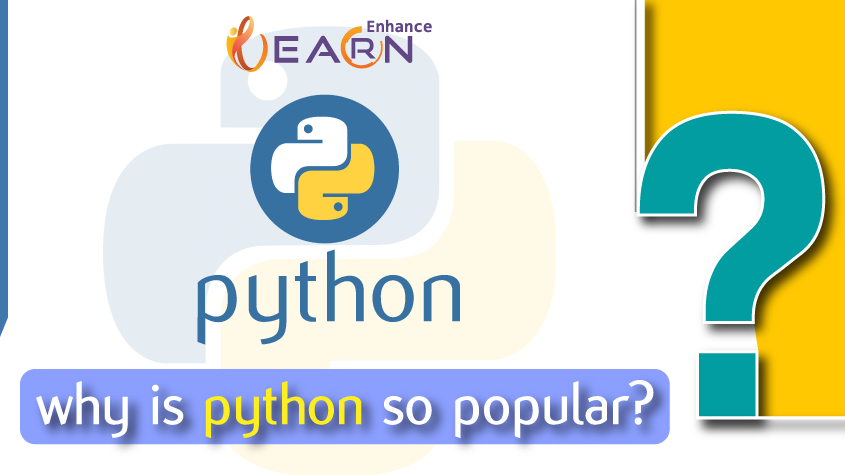 Why Python Is Used Popularly Despite Being Slow?

Python is one of the most widely used programming languages, and it has been around for 28 years now. One of the biggest questions which arise in a lot of people’s mind is that, why python is so popular despite being so slow compared to other languages? Also, why the developers don’t consider the speed and performance limitations in python? Let’s talk about some of the characteristics Python has, as a programming language.

Why python is used widely?

The language’s two main advantages are its simplicity and flexibility. Its straightforward interface, use of whitespace and beautiful indented code makes it easy to learn, read and share. The people who are dedicated to this language are called Pythonistas, and they have uploaded as much as 145,000 custom-built software packages to an online repository.

Python is also very famous for its simple programming pattern, code readability and English like commands that make coding in python a lot easier.

With such a rapidly growing user database and the wide array of capabilities, Python might become the most wide-spread and user-friendly language in the world of coding. Though as we know nothing lasts forever, Pythonistas should realize that there can come a time when python is no longer at the top. Technology is always changing and so have been the languages since the past.

This means that this language has a lot of fan base and people are comfortable using it even though it has its cons. All these custom-built software’s cover everything from game development to astronomy and can be installed into a python program in a matter of minutes.

Why python is slow?

Before we go into the details about python, let’s talk about why python is slow in comparison to the other languages out there.

Why is python so popular despite being slow?

Python may be slow in execution but its fast in development. So if in the end performance can be handled, we can say Python is desirable as a programming language.

However, can you feel the difference between 0.001 seconds or 0.01 seconds? Well, not because it hardly matters. As long as the program does not take centuries to execute and also does not disturb the end-user experience, it’s fine. Another reason for Python’s popularity is because of its highly productive run time as compared to other programming languages like C++ and Java. It is much more compressed and expressive, and also takes less effort and time in comparison with the other languages making it very popular for machine learning.

The python uses features like a dynamic type system that allows developers to write very fewer lines of code, for tasks that require more lines of code in other languages. This makes python one of the easiest programming languages even for beginners. For instance python’s, the program is slower than java but take’s very little time to develop, as python codes are 3 to 5 times shorter than JAVA codes. Which makes python so popular for data science.

There were times when computer run time was a critical issue and the most expensive resource, but now things have changed, computer servers and other hardware’s related to it have become much cheaper than ever and speed has become a less important factor. Today, development time matters more in most cases rather than execution speed in terms of cost as an employee’s time has become one of the most expensive resources. Also reducing the time needed for each project saves the companies a lot of money.

The amount of time you can save in the development process will possibly be more cost-effective than whatever performance and execution speed in the application you get.

In general and as a whole, Python, like other programming languages, has several limitations. Python performance hasn’t affected its popularity. At present also many programmers prefer to use Python over other programming languages like PHP, Ruby and Go. The developers often look for innovative ways to improve the performance and speed of applications written in Python.