Excited to know more? Call us!

Send us a Query

For Immediate Inquiry
Call us at:

Need a custom batch? We can do it for you!

iOS is a mobile operating system created and developed by Apple Inc.  The Apple iOS is the powerful OS driving Apple mobile devices and the second most popular mobile operating system in the world, after Android. The development of mobile apps on the iOS Platform is performed through the iOS SDK (Software Development Kit). IOS developers write iOS apps using officially supported programming languages, including Swift and Objective-C in the iOS SDK and Xcode (IDE for macOS).

What does an IOS App Developer do?

An iOS developer is responsible for the designing, development, and testing of applications for Apple's iOS operating system based mobile devices and publishes an update in the App Store.

There is a very huge audience for Apple devices and so the applications present and downloaded from the Apple App Store is in the billions count. IOS is one of the needed and trending technologies in the world.

IOS Developer can earn a very high salary in the competitive job market. According to indeed.com, the average salary for an iOS Developer is $118,179 per year in the United States.

Presently, the job market is high for iOS Developers, and it's anticipated to grow in the future years.  Fast-track your career to take on more lucrative iOS jobs and enroll with our iOS Certification Training and Learn iOS App Development.

What you’ll learn in IOS Training?

Who should take this course?

How EnhanceLearn Training can help you

For becoming an iOS App Developer expert, choose our best Training and Placement Program. If you are interested in joining the EnhanceLearn team, please email at training@enhancelearn.com.

Module 15 : Testing and Deployment of the App 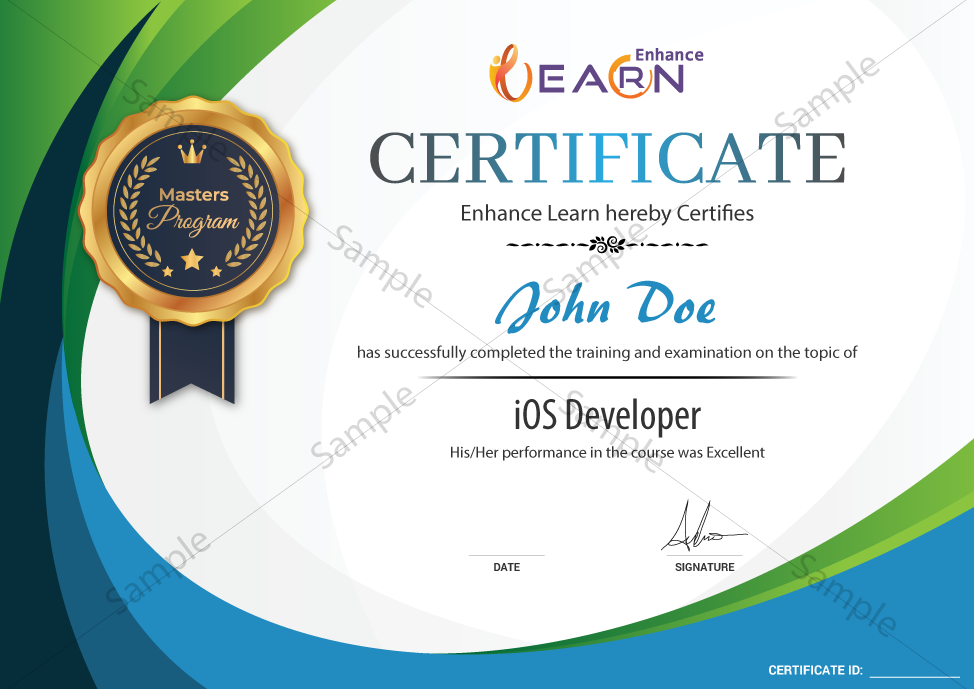 What does an IOS App Developer do?

An iOS developer is responsible for the designing, development and testing of applications for Apple's iOS operating system based mobile devices and publish and update in App Store.

What are the best programming languages used in iOS development?

iOS developers most commonly program in Swift and Objective-C.

How is or Is there demand for iOS developers?

What are the skills required to become an iOS developer?

What is the average iOS developer salary?

According to Indeed, the average salary for an iOS Developer is $119,442 per year in the US. Many big companies offers high salaries in the demand for this hot skill and salaries are high based on locations.

Is online learning effective to become an expert on iOS app development?

Yes, it is. Various benefits online training provides include attending the class anytime and from anywhere, course material is accessible for life time, immediate doubts clarification with experts of the industry, and saves time and expense. With less input, you can achieve more and more.

What are the iOS related job titles?

The job roles or designations available for android are:

Do you provide demo sessions?

Our priority is in producing professionals in the Industry, we closely monitor aspects of good teaching and learning, and thus care about your views. So you can attend first two classes for free and then can enroll if satisfied.

Who are our instructors?

All our instructors are working certified professionals from the Industry and have years of relevant experience in various domains real-time consulting experience and expertise in consulting on live projects and good subject knowledge. They are subject matter experts and provide online training so that participants get a great learning experience. They mentor and help the students to get certified.

What if I miss a training class or session?

If you miss out to attend a class, you need not to worry, because the session automatically gets recorded on the LMS which you can access form your account. So you can easily attend the missed class anytime and can re-attend the live lecture in the upcoming Batch. Our technical support team will assist you if you may have any questions.

How do you provide training?

Is it possible to switch from self-paced training to instructor-led training?

You can definitely make the switch from self-paced to online instructor-led training by simply paying the extra amount and joining the next batch of the training which shall be notified to you specifically.

Is the training interactive, how will it help me to learn?

We have Instructor led sessions and courses, and they are delivered in live environment. We have group sessions which are kind of trainer-learner interaction. For students to interact with not only the Instructor, but also with the other students and have discussions regarding your course topics and concepts.

Will I get to work on a project for this Training?

Yes, you will be working on the case-studies and project which will help you to learn and implement the gained knowledge and technical skills to perform practically. The project will be given to you towards the end of the training sessions are over.

Do you provide any certification?

Yes, the course completion certificate is provided once you successfully complete the training program. You certification will be based on your performance and factors such as attendance in sessions, an examination, and other factors.

How will I get my certificate?

After successful completion of the training course and related assignments, exercises and exams, the soft copy of certificate will be sent to you via e-mail.

What are the services you provide for job support after training?

After your Training Sessions are completed, we help you with certification and job assistance by providing various services and resume marketing strategy.

Interview Guidance – We provide you with mock interview videos and Interview FAQs to practice and build confidence to face a corporate interview. Our trainers will train you to present your resume and answer project-based, job-based technical and behavioral questions.

Certification Assistance – Our expert trainers provide you with tips, a step-by-step guide, and resources to appear for the Certification and land as a certified professional.

Some paid services we offer:

Resume Writing and Marketing for the Candidates – We will create a well-structured professional and presentable resume curated by the hands of experienced resume writers.

Resume Priority Service – This service highlights the candidates’ resumes at the top of employer resume search on partner job boards to get instant employer attention.

Resume Blast Service – Distribution of candidates’ resumes to all registered employers with us and get interview calls at the earliest.

Placement Services – Our placement team ensures to get you placed and land your dream job to have a bright future ahead.

If you choose our placement services, we provide you job support and help you get a successful job as we have many companies working with us.

Do you provide job placement assistance after the training?

EnhanceLearn is the largest online education company and we also work with many partner companies in the USA who provide jobs and placements. Since there is a big demand for this skill, we help our certified students get connected to prospective employers. The placement ultimately depends on your hands-on experience and how diligently you have completed your project work.

What about the payment process to enroll with the Training?

You can pay using debit card, credit card, or Net Banking from all the leading banks – any mode of payment suitable to you is acceptable by us. Also for USD payment, PayPal option is available. Once payment is received you will automatically receive a payment receipt and access information via email.

I am an international student in USA looking for placement?

We have placed many international students as we have a number of employers working with us. Our placement coordinators work their best with many of the employers and make sure to place candidates in a well-established e-verify company. These E-verified companies also sponsor visas like H1B, GC, OPT Extension & H1 transfer, which will be helpful for international candidates in future.

In how much time will I get a job, if I choose your placement service?

After your training, we will assist in Resume Marketing, mock interviews preparation, etc. and we will help and guide you in all the best possible ways to get you Interview calls. If the placement process goes smoothly and you are flexible regarding location and rates, then there are high chances to get placed early. But the placement takes time to have a good job in hand, depending on the case to case scenarios the placement can take maximum of 2-3 months or more in some rare cases. It’s good to have patience in the job process so as to land a good job.

What if I have more queries?

Our support team is available for you 24*7. Your queries will be answered by our experts anytime you need. Even after the completion of the course, you can avail the benefit of re-attending the missed session as you are a lifetime member of EnhanceLearn.

iOS programming training from EnhanceLearn not only covered the basics but also advanced concepts. All this has helped me become a master iOS developer and get hired in top company now!

Finished EnhanceLearn’s iOS training last week. It has been a wonderful journey with you guys. You guys have been very supportive from day 1 till today. Will definitely recommend my friends for learning any technical courses from you.

When I decided to learn iOS, then I started browsing on internet and I came on iOS course EnhanceLearn. It's really a nice course. The course structure is properly aligned from scratch to advance level with good projects. Anyone can easily learn and become an expert in iOS programming by this training program.

Satisfied with the Reviews? Register Now!

Send us a Query

For Immediate Inquiry
Call us at: 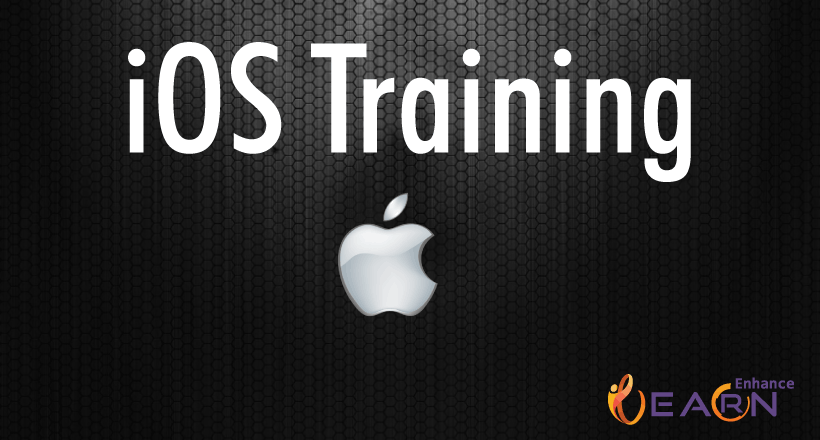 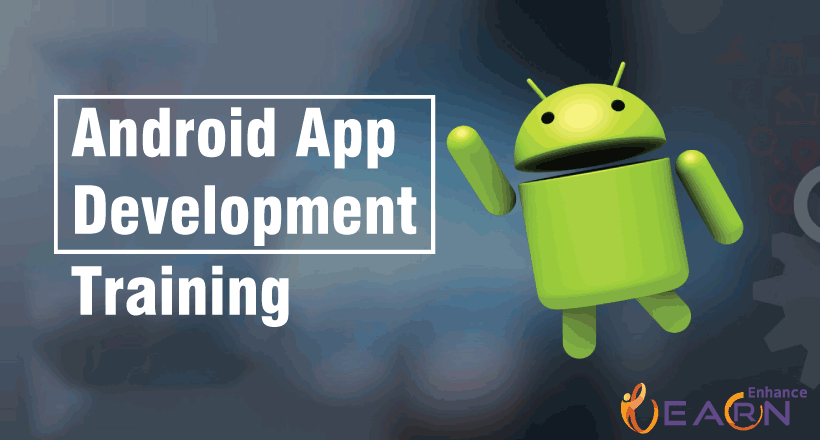 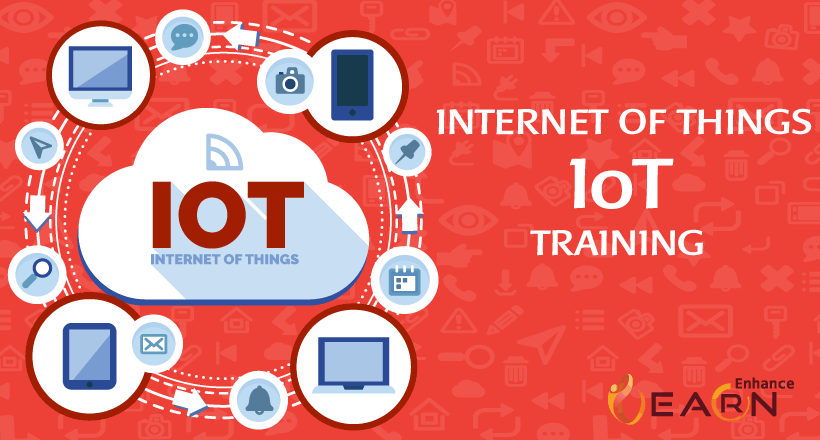 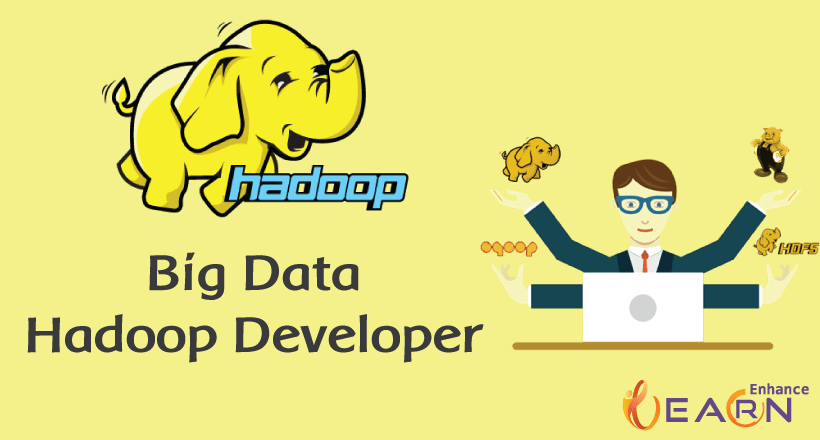 Let's Talk to the Training Advisor

Let's Talk to the Training Advisor